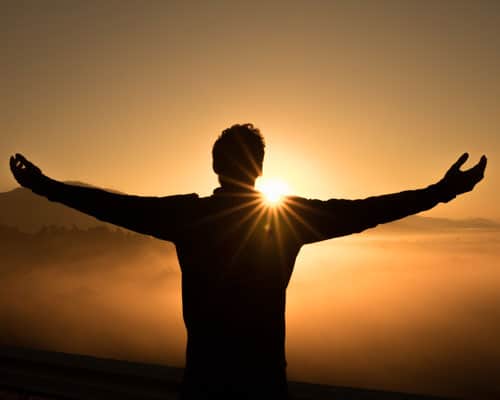 There is no doubt that 2014 was set to go down as one of our more difficult winters. With the frigid temperatures, restriction of outdoor activity and consequent decreased exposure to sunlight, the debate about Vitamin D and how to maintain healthy levels of it in our system has intensified. While overt vitamin D deficiency, causing rickets in pediatric and osteomalacia in adult populations, is now rarely seen in the developed world, subclinical deficiency is rampant. It is not only associated with osteoporosis, with increased risk of falls due to impaired muscle function and possibly fractures, but has also been linked extensively to extras keletal health, including involvement of the endocrine, cardiovascular and immune systems.

Measurement of serum 25-hydroxyvitamin D (25(OH)D) concentration provides an estimate of ones relative D sufficiency. Although the optimal serum level for musculoskeletal health remains controversial, an overlap range of 30 to 40 ng/ml (equivalent to 50 to 100 nmol/L) provides the most common agreement; there is also universal acceptance of the fact that serum levels below 20 ng/ml are suboptimal for skeletal health. There are other expert panels, such as the National Osteoporosis Foundation (NOF), which advise that a minimum level of 30 ng/ml be maintained in more elderly patients, in whom the risk of falls and fractures is disproportionately greater. Optimal serum concentrations of 25(OH)D for extraskeletal health have not been established. The recommendation of the Institute of Medicine (IOM) to ensure concentrations above 20 ng/ml is based mostly upon evidence related to the health of the musculoskeletal system.There is an increasing amount of recent data, however, that points to an inverse association in healthy adult populations between levels of 25(OH)D and all-cause as well as cardiovascular disease (CVD) mortality. This inverse relationship is particularly evident and appears to be linear below serum 25(OH)D levels of 20 ng/ml. Systematic review by such expert panels as the NOF and the IOM have established the fact that the data to select an appropriate and clinically safe upper limit of normal for 25(OH)D remains insufficient. There is some data to suggest a paradoxical increase in fracture rate at the high end of the spectrum (at 25(OH)D serum concentration levels above 50 ng/ml (125 nmol/L). Adverse extraskeletal effects such as a statistical increase in the risk of various malignancies like pancreatic and prostate cancer have also been noted.

Vitamin D is both an endogenous hormone manufactured by our bodies, as well as a nutrient which we consume exogenously.

In addition to clinical endpoints mentioned above, such as fracture and/or fall reduction, there are several physiologic criteria whereby the optimal serum concentration of 25(OH)D is defined, including maximal suppression of parathyroid hormone (PTH) levels by vitamin D and adequate renal production of 1,25-dihydroxyvitamin D, which in turn ensures adequate absorption of intestinal calcium. As 25(OH)D levels fall, there is decreased substrate for its conversion to 1,25-dihydroxyvitamin D, which is the substance responsible for maintenance of calcium absorption from the gut. Serum calcium levels are therefore decreased, and serum PTH concentrations consequently rise, in an attempt to stabilize calcium absorption. Rising serum PTH concentration also stimulates the conversion of 25(OH)D to 1,25-dihydroxyvitamin D, which in turn maintains and perpetuates calcium intestinal absorption. Estimates of the 25(OH)D concentration required to maximally suppress PTH production are widely variable, but most experts appear to agree that suppression of PTH by 25(OH)D follows a continuum across a wide range of D concentrations. In general, in the presence of normal renal function, levels of vitamin D >20 ng/ml (>50 nmol/L) are adequate for suppression.

An estimated 1 billion people worldwide have inadequate vitamin D blood levels, and deficiencies are noted in all age groups and all ethnicities, although older individuals, those with darker skin pigmentation and those who have relatively higher body weight indices tend to have comparatively lower levels. African Americans tend to have higher bone density, relatively decreased fracture risk and lower levels of vitamin D than do other races. There is very limited data concerning either effects of vitamin D or of calcium supplementation in persons who are not Caucasian. Given that there are significant racial differences with respect to mineral metabolism, it is not necessarily the case that data obtained from one race is applicable to another. African American women have been demonstrated to raise their circulatory levels of vitamin D after oral supplementation to levels comparable to Caucasian women, although it is not clear that this confers the same benefit.

Vitamin D is both an endogenous hormone manufactured by our bodies, as well as a nutrient which we consume exogenously. Only a limited number of foods are naturally enriched with vitamin D, such as dairy products and a few of the fatty fish like tuna and salmon. The most major dietary sources are therefore food products like cereals which are specifically fortified with the vitamin and also vitamin supplements. Although exogenous supplementation is the best way of repleting the vitamin, the quantity of D provided in most commercially available multivitamins is in actuality frequently too low (250-400iu) to maintain normal serum vitamin levels, especially in regions of the world that receive less light. Vitamin D is produced when our skin converts UVB light “Ultra Violet B wave light into the vitamin. When there is not enough light or when we spend too much time unexposed to the sun we are at increased risk to test with sub-optimal levels of Vitamin D.