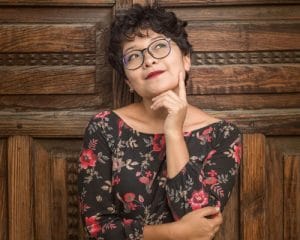 For several decades women have been advised that routine calcium supplementation of up to 1500mg daily is essential for bone health. Several recent studies, however, suggest a strong association between exogenous calcium supplementation and risk of acute myocardial infarction (AMI), stroke and overall morbidity and mortality secondary to cardiovascular disease. One study published in the journal Heart in May of 2012, called the European Prospective Investigation into Cancer and Nutrition study, analyzed data from >23,000 participants of 35 through 64 years of age, who were followed-up for an average duration of 11 years. Study subjects were divided into 3 basic groups: those who derived their calcium exclusively from dietary sources; those who ingested calcium supplements; and those who took calcium supplements, were not on any dietary restrictions, and ingested additional vitamin and mineral supplements as well. The study identified an 86% increased risk of AMI in people who ingested calcium supplements on a routine basis, compared to patients not on supplementation. There was a 30% decreased risk of AMI in participants who consumed a moderate amount of dietary calcium, on the order of 820mg per day.

Given the publication of this kind of data, it may be the case that routine calcium supplementation may not only be unnecessary in women who derive sufficient calcium from their daily diet, but may actually be deleterious. Calcium supplements should perhaps be recommended only to women who are clearly nutritionally depleted of calcium in their diet, such as women who are lactose-intolerant and thus fairly restricted with respect to intake of dairy. On the other hand, there are a multitude of calcium-rich foods and beverages, such that dairy is not a unique calcium source: foods such as green leafy vegetables, soybeans, okra, black-eyed peas, white beans; beverages such as almond milk, which is quite enriched with respect to calcium. Women who are either at risk or who have established osteoporosis are another group that would possibly be recommended for calcium supplementation. Even in this higher risk population with underlying bone disease, the issue of supplementation has become controversial. In women who are maintained on supplements for one indication or another, recommended doses are usually on the order of no >800mg daily, rather than the previous dose of 1500mg.

Routine calcium supplementation may not only be unnecessary in women who derive sufficient calcium from their daily diet, but may actually be deleterious.

The standard recommendation for supplement is calcium carbonate combined with vitamin D. There has even been some data to suggest that the increased cardiac risk related to supplementation stems primarily from the acute rise in blood calcium levels that may occur at the onset of therapy. Some physicians, therefore, recommend initiating supplementation with very low doses and gradually increasing the mg amount.