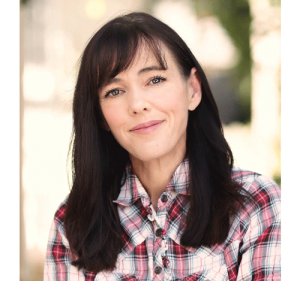 One third of all deaths of American women each year are attributable to heart disease. All forms of cardiovascular disease together kill greater than 500,000 women per year. Myocardial infarction kills 244,000 women per year. There is much more attention focused on men because, whereas males are more likely than females to be stricken during their prime middle years, women tend to encounter heart disease 10-20 years later.

Diabetes mellitus Diabetes affects nearly 21 million Americans, nearly 10 million of them females. Diabetes is more prevalent in middle age, but is increasing in the young – 20’s and 30’s. Especially at risk: African Americans, Latinos, Asian/Pacific Islanders. You may have risk factors other than age and racial origin: family history, obesity, lack of physical activity. Women who have gestational diabetes, polycystic ovarian syndrome, impaired glucose tolerance or impaired fasting glucose are at risk.

All adults should be screened regularly for high blood pressure. If the blood pressure is < 120 systolic, 80 diastolic, it can be every 1-2 years. If either number is higher, or if there are other risk factors present for heart disease (e.g. hyperlipidemia, diabetes, etc.)  more frequent screenings are necessary.

Estrogen increases the level of HDL in the body. HDL and LDL levels change with fluctuations in estrogen production. During child bearing years, estrogen has a cardio-protective effect, accounting for the low incidence of heart disease in young women. During pregnancy, triglyceride levels increase so a fetus can develop normally.

At menopause elevated cholesterol increases risk for the development of coronary and carotid artery disease – a key risk factor for stroke. As menopause approaches, estrogen levels decrease, HDL cholesterol tends to wain,  while LDL and triglycerides tend to increase. An increase in blood pressure coincides with fat accumulation in the abdomen.

Smoking directly increases the risk of heart attack, stroke, cancer and chronic obstructive pulmonary disease. Quitting smoking is one of the most important ways in which you can positively affect your coronary risk and reduce your chance of developing cancer.

There are new drugs available to increase the chance that your decision to quit will be successfully maintained over the long term. Alternative supports to quitting smoking may include acupuncture, hypnosis, increased exercise and psychotherapy. These options are regularly discussed with new patients who smoke. We attempt to provide referrals to qualified professionals in these alternative fields if the patient so desires.