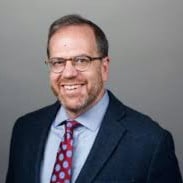 Maiden Lane Medical is privileged to include Gabriel Levi, M.D., as a member of our medical staff. Dr. Levi has extensive professional and teaching experience with an impressive academic background.

Dr. Levi received his bachelor’s degree from Wayne State University in Detroit, Michigan, where he was a member of Phi Beta Kappa and the Mortar Board Society, and graduated with high honors. He then earned his medical degree from the University of Michigan Medical School in Ann Arbor.

During his postgraduate training and into his professional career, Dr. Levi served in a variety of teaching roles at his training facilities and other New York City medical institutions. He was a Pathology Instructor at the New York College of Podiatric Medicine, Cornell Medical School, SUNY Downstate, and the Mount Sinai School of Medicine; for the latter, he later served as Co-Director of Endocrinology.

He was also the Director of Anatomic Pathology at the Beth Israel Medical Center for five years. He has been an Associate Professor of Pathology at the Mount Sinai School of Medicine since 2015, a position he holds concurrently with his role at Maiden Lane Medical, where currently serves as Board-Certified Anatomic Pathologist and Director of Maiden Lane Medical Clinical Laboratory.

Dr. Levi holds full medical licensure in the state of New York, and he is board certified in anatomic and clinical pathology by the American Board of Pathology.

Dr. Levi has had the results of his research efforts published in peer-reviewed medical journals. Additionally, he served as Editor for the Archives of Pathology and Laboratory Medicine. He has also delivered many abstract and oral presentations at professional medical conferences.