Going through menopause marks a major change in a woman’s life. Maiden Lane Medical offers compassionate, confidential and individualized attention for New York City women who want to ensure they have the best health possible throughout menopause and perimenopause. Book an appointment today to see one of our caring providers to help you. 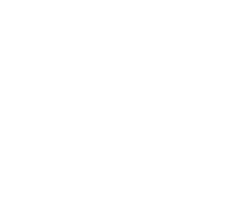 Menopause is the time in life where the ovaries begin to shut down production of the hormones that regulate cycles and allow for ovulation. At a certain point in life, the ovary runs out of viable eggs and so the production of these hormones is gradually slowed down until ovulation ceases altogether. The true criterion that is recognized is when a woman has not had a period in 1 year.

Does it happen all at once or are there stages?

The initial reduction in hormone production signals perimenopause. Perimenopause can last several years as your ovarian reserves and hormones decline. Your periods become irregular and eventually stop. You officially reach menopause after 12 months without a period and enter the postmenopause phase.

What should I expect as I approach and reach menopause?

Yes, Perimenopause usually begins in the early to mid-forties age group. You might notice that you are not as regular. It is common for the period to be heavier and closer together sometimes as close as 21 days. The bleeding pattern also changes. It is not uncommon to have very heavy bleeding for 2-3 days, a day or two of nothing, then another heavy day.

As you progress through perimenopause, you begin to skip periods and potentially develop other menopausal symptoms. It is possible to have some bleeding after menopause. If this happens, you should make an appointment with your gynecologist. While it’s not usually due to a serious problem, it’s better to have any abnormal bleeding checked out.

When does menopause happen?

The average age of menopause is 50-51 years old, although it is normal to occur anywhere between 40 and 60. This is determined by genetics and other personal details.

Not all women have menopause symptoms. However, the most common are the following:

Dysuria is difficulty with urination including irritable bladder syndromes and frequent urination during the day and or night (nocturia).

What are the available treatments for menopause?

Menopause treatments are determined by the severity of the symptoms. Women who have very mild symptoms may elect not to have any treatment other than information and routine monitoring. Your provider might recommend some lifestyle modifications.

For those who experience moderate or severe symptoms, the treatments are varied. Your menopause management program is tailored to your symptoms.

Your gynecologist can modify your treatment plan at any time if your needs change.

Do I need special treatment for GSM?

You might also benefit from GYN guided prescription therapies which may include:

Don’t wait another day! Book your appointment with one of our caring doctors, today!